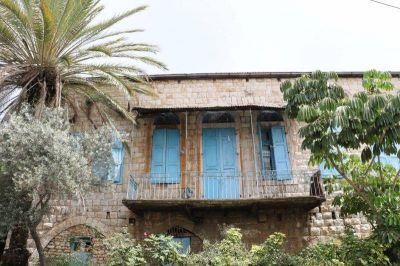 The favorite village of the Lebanese

For the fourth straight year, readers of L'Orient-Le Jour in Lebanon and around the world will have the chance to vote for “The favorite village of the Lebanese”. This year, 10 new villages are competing. L’OLJ will produce a report and video on each village to help you decide on your favorite. After Amchit, Barouk, Baskinta, Becharreh and Cana, here is Ghazir. Voting will remain open on our website until July 28th.

At the end of Jounieh Bay, Ghazir sits lazily under the sun, with its feet in the waters of the Mediterranean, its slender silhouette relaxing against the mountain, its eyes –or its heart?- proudly overlooking the region. The numerous bells at the top of the hill seem to give even more elevation to a place that “can look like a small city, but actually has the real spirit of a village”, as per the description of the mayor, Charles Haddad.

At the lower edge of the village, the Ghazir waterfront is one of the few locations in the area that is still wild… maybe too wild, says Haddad, in reference to the bushes and vegetation that take over the one and a half kilometer of stone beaches on the seashore. Yet, this is a far cry from the concrete that has disfigured the rest of the Lebanese cost. Haddad promises that soon, development projects that “fully respect environmental standards” will be launched, to host sun and beach lovers.

For centuries, this part of the coastline has been guarded by a bridge, one of the last remnants of the maritime road built by the Romans, linking Egypt to this region. Visitors who wish to enjoy the same view as the millions of people who used this skyline-hugging bridge can simply sit at a table at one of the panoramic restaurants overlooking the coast.

Beliefs
To reach the heart of the village, you need to take a sinuous road that crosses through the “modern” Ghazir, with its shops, large billboards, and residential blocks, which includes Kfarhbab. However, there’s no danger of getting lost: the road is dotted with numerous statues of Abouna Yaacoub, Blessed Father Jacques, a religious and spiritual figure of the region, and venerated across all of Lebanon. “Ghazir residents are very pious”, stresses Sister Marie-Colombe, from the Franciscan Congregation of the Lebanese Cross. “From his small room, Khalil Haddad (the original name of Abouna Yaacoub) used to hear the ringing bells of all of the churches in the surroundings. This definitely influenced his vocation”, she said. The nun gives all sorts of details about the life of this religious man during visits she organizes to the small family house where he was born in 1875.

After father Jacques took his vows, and whenever he was not roaming all over Lebanon to found religious institutions and schools or to spread his teachings, he used to reside at the Saint Anthony of Padua convent, located on a hill with incredible views that overlooks Ghazir. 54 years after his death, the commitment he showed throughout his life led to his beatification by the Vatican in 2008, which made the residents of his native village extremely proud.

One might truly think that the atmosphere of Ghazir itself might be a source of blessings. Indeed, there is yet another saint from Lebanon who lived there for years: Saint Rafqa of Hemlaya, who lived in the Ghazir seminaries from 1862 to 1972, where she used to work in the kitchens. “Strenuous work”, says father Elie Khoueiry, priest bursar of the school that educates Maronite priests.

Set at the top of the village, next to the Municipality building, the Maronite seminar is an impressing grouping of old buildings, which was, in turn, a convent, a Jesuit seminary, and an orphanage during World War One. In the first half of the twentieth century it was transformed into a Maronite seminary, where a hundred students now live in this calm and modest setting. The building, that was originally a castle constructed by the Chehab emirs, a dynasty that governed Mount Lebanon from the beginning of the eighteenth century, has lived so many lives. In the seminary’s courtyard, Father Khoueiry points at two very tall cypress trees, ““the symbol of the Chehabs”, found in each of the properties they constructed”, he says, the trees were staunch witnesses of the time when Ghazir was Mount Lebanon’s capital, and rich thanks to the breeding of silkworms.

A perfume from the past
It was during the Chehabi era that the old part of the village was developed, including the peaceful, traditional souk, with its shops of all kinds, from greengrocers with their colorful displays, to scrap dealers, all the way to a store selling hookas. It is particularly pleasant to roam its streets, looking up to contemplate the old arcaded houses while holding ice cream in your hand. It was also this family of emirs that built the Mzar palace, perched on a hill not far from the downtown area. This little castle was built in the eighteenth century by Emir Bachir Chehab II (1767-1850) as a gift to one of his nephews. Today, all that is left of it is its structure are ruins and its gardens which every weekend turn into a reception area with a magnificent view.

As for the municipal hall, adjacent to the Maronite seminary, it was built after the Chehab dynasty disappeared into history at the end of the nineteenth century. Immortalized on a big painting that hangs in the Mayor’s office, Bachir Chehab II, with his tarboosh and a severe look in his eyes never misses a detail of what happens in this high building that soaks in the sunlight. One can imagine him, and the other Chehabs hanging on the municipality walls, proudly listening to the Mayor’s words, while he proclaims his love for Ghazir, a village that he views, just like many others, as “his mother and father”, his “small nation within the big nation that is Lebanon”.

Not to be missed :

* A stroll down to the old souk.

* A visit to the convent of Saint Anthony (the headquarters of the Lebanese Maronite Order - call in advance to get authorization to visit the premises).

*A visit to the many churches in the village, and to Father Jacques’s house.

* Lunch on the bay at a big restaurant with mezzeh and fish.

How to get there

From Beirut, take the highway to the north for 27 kilometers: when you pass Jounieh, and are near the Metro mall, turn right (a large sign shows the exit towards Ghazir). Go straight on the main road until you reach the heart of the village.