Lebanon is looking to review its trade agreement with the EU

According to many foreign observes, Lebanon’s review of its trade deal with the EU reflects a desire to unilaterally suspend the agreement and to impose taxes on European products.

Kenza OUAZZANI | OLJ
The Lebanese government is planning a temporary review of its trade agreement with the European Union (EU). The move aims to bring money into government coffers and reduce Lebanon’s budget deficit, according to several Lebanese and foreign source who spoke to L’Orient-Le Jour (OLJ), likening the planned move to a “unilateral suspension”. The trade agreement saw customs duties and other taxes gradually eliminated from EU exports destined for Lebanon and Lebanese products destined for the EU between 2008 and 2015.

Now, the government is looking to impose a new 2 percent tax on imports, as called for by the 2019 draft budget, which is currently being debated in parliament. “If this tax is approved at the parliament, The Minister of Economy and Trade, Mansour Bteich, will notify the EU delegation in Lebanon of the decision,” a source close to the Free Patriotic Movement, which Bteich is a member of, confirmed.

When contacted by OLJ, Bteich did not frame the government's plan as a suspension. “We simply wish to review the association agreement all while referring to Article 34 of it, which stipulates that one of the parties involved is allowed to introduce restrictive measures when confronted with a balance of payments deficit. In reality, Lebanon has been facing a balance of payment deficit since 2011,” Bteich said.

In 2018, the balance of payments deficit was at $4.8 billion, compared to slightly more than $2.8 billion in 2006, the year the trade agreement came into effect. This year, the situation appears to have gotten worse, with a deficit of $2 billion in the first quarter compared to $198.2 million over the same period last year.

Bteich emphasized that restrictive measures by Lebanon “will be set smoothly and amiably, and not unilaterally”, and the European Delegation will be notified. According to article 34 of the agreement, Lebanon should “immediately inform the EU and submit to it, as soon as possible, a calendar scheduling the elimination of those measures”.

The EU taken off guard

Despite Bteich’s reassurance, the EU seems to have been caught off guard. The European Delegation in Lebanon said in an email to OLJ that, in accordance with the association agreement, “Lebanon should officially tackle this matter with the EU. We have already informed the government that”.

Yesterday, EU ambassador to Lebanon, Christina Lassen, held a meeting with President Michel Aoun at the Baabda palace. According to information OLJ received, the EU is evaluating the legal feasibility of a “unilateral temporary suspension by Beirut of the association agreement”. The Delegation is also consulting with Brussels and the International Monetary Fund (IMF) “to see what procedures to follow”. The consultations are over the definition of “serious difficulties of the balance of payment” contained in Article 34 of the agreement, which should “comply with the conditions set in the General Agreement on Tariffs and Trade and with articles VIII and XIV of the IMF articles of agreement”.

Some observers are worried that Lebanon’s review or temporary suspension of the trade agreement could negatively impact the process that began at the CEDRE conference in Paris last April. “It is not very clever for the Lebanese government to take such a decision at a time when it needs the support of the European Union and EU member countries,” a foreign observer said.

Of the $11 billion promised to Lebanon during the CEDRE conference, the EU’s share represents $3.3 billion in loans and $796 million in grants, in other words, 37 percent of the total.

Pending parliamentary approval, the tax proposal put forward in the 2019 draft budget would allow the state to collect $763 million in revenue in 2019, 53.4 percent more than 2018. “Such a provision would surely imply taxes on European products,” an economic expert said.

The total value of EU exports to Lebanon last year was no less than $8.1 billion, 40 percent of total exports to the country, while Lebanese exports to the EU only reached $578 million and were impeded by administrative and legal obstacle. The 2 percent tax proposed in the draft budget would be collected by the Treasury and be in effect until the end of 2022. Electric and hybrid vehicles as well as equipment and raw material used in the agricultural and industrial sectors would be exempt. At the same time, Lebanon’s government is not planning to review its free trade agreement with Arab countries “because the volume of trade is not very significant,” according to the source close to the FPM. “Most of all, we fear retaliation measures targeting Lebanese exports,” another source said.

The government has managed to persuade industrialists and retailers that the tax measure is necessary. “We think that this is the least bad solution to avoid a commercial slaughter, even if we think that protectionism is a form of economic violence,” said the president of the Beirut Traders Association, Nicolas Chammas, who feared a tax of more than 2 percent, as initially planned by the FPL ministers. Meanwhile, vice-president of the Association of Lebanese Industrialists (ALI), Ziad Bekdache, regretted that “only a small part of the revenues generated by this tax is intended to support local industry”.

Under the provision, 35 percent of the revenue generated by the tax between 2020 and 2022 will be allocated to programs supporting productive sectors and the financing of subsidized housing loans. There is another protectionist measure we are reveling at and that was recently approved by the government on the recommendation of ALI, submitted in May 2017. The measure calls for new tariff and non-tariff barriers to be introduced for around 20 new products, including dairy products, biscuits, aluminum, metallic products, detergents and stationary, among others, that the Ministry of Economy considers to be suffering from unfair competition from rivals, primarily in China and Turkey.

In Lebanon, two prototypes of artificial respirators are ready for first testing

Syrian Refugees in Lebanon and the coronavirus: Stay safe or starve? 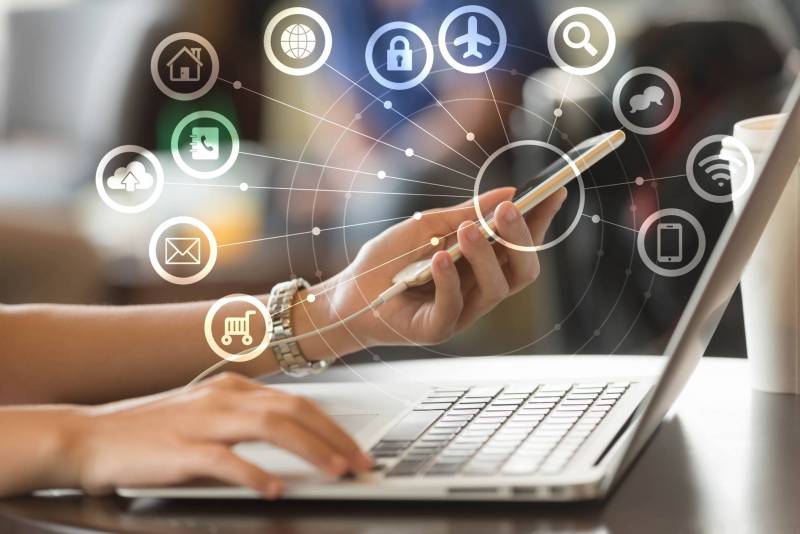