In Lebanon, political figures and powerful families control the media

The Samir Kassir Foundation and Reporters Without Borders just launched a survey of media ownership in Lebanon, revealing a landscape dominated by politicians and powerful families.

The Lebanese media – including TV, radio, print and online – is mainly owned by a dozen powerful families and major political parties. As a result, these factions, and sometimes their foreign backers, are in control of the information consumed by Lebanese citizens, leading to increased polarization. Many of the families are closely associated with political parties, such as the Hariri, Aoun, Tueni, Edde*, Pharaon*, Fares, Mikati, Murr, Salam, Khayat, Khazen and Daher-Saad familiies. While media companies are required by law to be transparent about their shareholders and financing, some are developing especially opaque ownership models that make it impossible to gain accurate information.

The Samir Kassir Foundation and Reporters Without Borders (RSF) revealed these findings during a press conference on December 6 at the Riviera Hotel in Beirut for the launch of an online platform called the Media Ownership Monitor Lebanon. The study covered 37 Lebanese media outlets and is available in English and Arabic at : lebanon.mom-rsf.org

Gisèle Khoury and Ayman Mhanna of the Samir Kassir Foundation attended the event as well as Olaf Steenfadt and Lea Auffarth from RSF. The goal of the project was to promote transparency and diversity in Lebanon’s media.

78 percent of the audience

The study’s findings were not surprising, but they are an important reminder that an independent and diverse media that supports an array of opinions and allows people to criticize the powerful is one of the cornerstones of a healthy democracy.

"To assess the reliability of an information, the people must know who is broadcasting it", said the joint statement. And "journalists, to be able to work properly, must know who controls the company that employs them". And last but not least, because "the media regulation authorities can not remedy to the excessive concentration of the media if they do not know who directs them".

The report looked at the 37 media outlets in Lebanon with the largest market shares. Among these, a handful attracted a disproportionate amount of the audience, threatening the possibility for diversity. The four most important channels (LBCI, al-Jadeed, MTV and OTV) commanded 78.1 percent of the TV audience. These channels are owned, respectively, by the Daher-Saad, Khayat, Murr and Aoun families.

Compared to 16 other countries that were part of RSF’s Media Ownership Monitor report, which was funded by the German government, Lebanon has the highest rate of political affiliation with media outlets. Twenty nine out of the 37 outlets studied were owned by the government, members of parliament, current or former ministers or political parties. "Show us what your media looks like, we'll tell you which country you belong to," Steenfadt, of RSF, said during the press conference.

All of Lebanon’s TV news channels are politically affiliated, he added, as well as 93.5 percent of the written press and 79.3 percent of radio stations. The same trend appears for online outlets as well, although at a lower rate.

How to get around the monopoly ban

Nothing in Lebanese law prohibits politicians from also being involved with media. Some restrictions imposed by the Law 382 of 1994 only prevent monopolies of ownership in the audiovisual media. "Restrictions that politicians easily bypass by giving shares to members of their families or relatives," said Mhanna, from the Samir Kassir Foundation.

Of all the political families with media ownership stakes, the Hariri family was the only one with shares in print, online, TV and radio. At the same time, 43 percent of the media outlets in the Media Ownership Monitoring report has at least one member of the 12 families mentioned at the beginning of this article sitting on their board of director. These families also have strong relationships with each other and share political and familial interests, as the report shows.

"The print media market remains closed... given the virtual impossibility for a newcomer to acquire a license," Mhanna said.

While it’s almost impossible to obtain a new license, close to 60 political publications have kept their licenses despite having stopped publishing.

To improve the situation, Mhanna said that it’s necessary "to work for an effective transparency of the media when it comes to their shareholding and their financing, to apply the legislation in its entirety, and to release the market of the exclusive licenses for the written press."

* The main shareholders of L'Orient-Le Jour are former minister Michel Eddé and his grandchildren (38 percent), the Choueiri group (22.7 percent) and the family of the former minister Michel Pharaon (15.49 percent). The latter’s shares are distributed as follows: Pharaon directly holds 2.6 percent of the shares, his sister, Nayla De Freige, holds 1.7 percent, the Pharaon Holding SAL has 11 percent and Libano-Suisse Insurance Consulting has 0.2 percent.

Mme Chamoun,
We decide to translate an article to its added value mainly. And we decided to translate a large variety of topics. Today, we're trying and testing, and we'll adapt our selection according to our results and our readers’ comments.
We don't really understand though, what you mean by "your selection might be biased on the long run".
Best regards,

What is your criteria to select articles for the English version? Did you make a survey questionnaire regarding topics that interest most the English-speaking readers? I think that our selection might be biased on the long run. 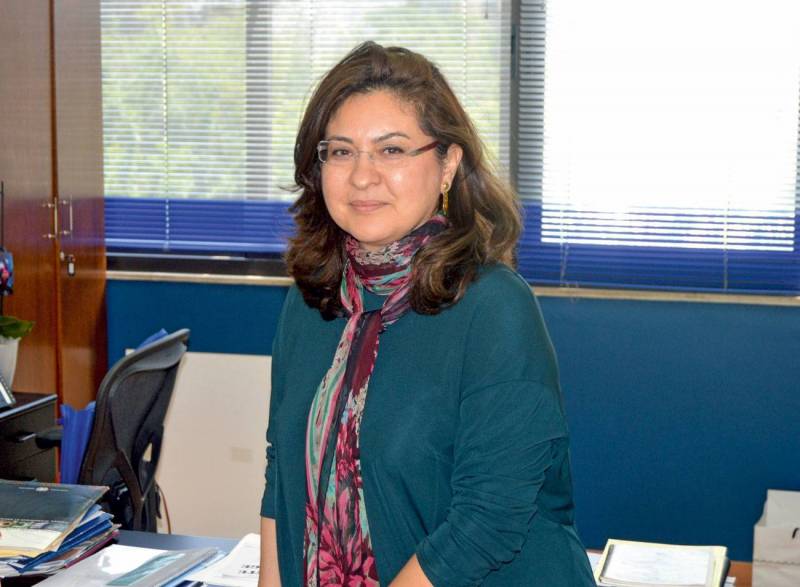