What will the main measures announced by Hariri entail?

Under pressure from unprecedented country wide protests, on Monday, the Lebanese government pledged to carry out a series of structural reforms that are long overdue. Most of these measures have specific timeframes.

The Council of Ministers adopted on Monday the draft budget for 2020, which includes a public deficit of 0.63% of GDP. The new budget will not include any new taxes, Prime Minister Saad Hariri said. This means that the budget will be focused on reducing public spending. This goal is extremely ambitious, since growth will probably be negative in 2019 and less than 1% in 2020, according to forecasts by international institutions, and the deficit to GDP ratio will be around 9-10% in 2019, according to these same estimates. Moreover, the first version of the draft budget for 2020 that was handed over to the government by the Ministry of Finance in mid-September included a deficit of 7.38%, based on a growth forecast of 1.2%. and inflation at 2.8%. The public deficit was estimated at 4.37 billion dollars (6590.1 billion L.B.P).

A buy in by commercial banks and the Central Bank

To achieve this goal, the government has primarily resorted to the banking sector when seeking to reduce its debt service, the second largest public spending item after public sector salaries.

The details of the banks’ participation have not yet been revealed, but it is likely to involve the trading of securities between the Ministry of Finance and the banking sector, through the issuance of low-yield Treasury bills. A similar operation was envisaged in the framework of the 2019 budget, before being abandoned given the reluctance of the banks.

The government has also committed to accelerate the implementation of the electricity sector reform plan.

The draft budget for 2020 provides for a decrease of 1,000 billion L.B.P (compared with 2019) in Treasury advances granted to Electricité du Liban. The cap for these advances has been set at 1, 500 billion L.B.P.

However, Saad Hariri did not specify how this reduction would be achieved. A gradual increase in EDL's tariffs is provided for by the energy sector reform plan put forward by Energy Minister Nada Boustani but this should be implemented gradually, in parallel with an increase in production.

A call for tenders for the implementation of temporary short-term production solutions and the construction of sustainable power plants must be launched. The Prime Minister announced that the deadline for submission of bids by interested companies was January 15, 2020. The procedure will be managed by the Tenders Directorate with the participation of experts appointed by the Ministry of Energy. Negotiations with the selected companies will then be led by the Prime Minister and the Minister of Energy with the aim of concluding contracts by February 22, 2020.

Saad Hariri also said the government is committed to creating a public authority for the electricity sector, and also for telecom, civil aviation and the Beirut Stock Exchange. He also committed to appointing the members of these authorities before November 15. It is not clear, however, whether the Electricity Regulatory Authority will have a role in a future call for tenders.

The 2020 budget will also include drastic cuts to other types of public spending.

The government also committed to a highly symbolic measure, one long demanded by citizens, by cutting 50% the allowances of former and current ministers, deputies and presidents.

A similar provision had been included in the 2019 budget and provided for the reduction of deputies’ allowances, but it was rejected in the parliament at the request of Speaker of Parliament, Nabih Berry who believed that the chamber was not the competent authority to rule on the subject.

A 70 per cent decrease in the budgets of some councils including the Council for Development and Reconstruction, the Central Fund of the Displaced and the Council for South Lebanon was also adopted. In addition, an inter-ministerial committee has been tasked with preparing to abolish or merge a number of public institutions, while guaranteeing the rights of their employees. It will have to submit its report to the Council of Ministers before November 15, which will in turn have to issue its decisions before November 30. Saad Hariri also announced that the Ministry of Information will be abolished.

Hariri also announced the freezing of investment spending (in particular in the framework of bills) and transferring of the credits that had been allocated for them to the Treasury. Institutions with supplementary budgets will also have to transfer their surpluses to the Treasury, for the same will be true for mobile operators. However, the government relies on private investment to carry out investment programs for the redevelopment of some areas, such as Linord and Elissar, which had been regularly funded for several years without the projects ever being implemented.

The government has also agreed to establish a committee to study the state's land asset situation. The Minister of Finance will have to make suggestions for the use of state-owned buildings. This measure should allow the government to reduce spending on the rental of private buildings on behalf of public institutions

A call to the private sector

Saad Hariri announced that a number of the infrastructure development projects that had been planned under CEDRE would be launched within three weeks. A committee, in which the CDR will have a role, will study the list of projects and ensure the necessary provisions for the expropriations and the local financing (over five years) of these projects are in place by the end of November.

The government is also preparing to launch a privatization package. The High Council for Privatization and Public-Private Partnerships (HCPP) will set out the requirements for the privatization of the mobile telecom sector, with the support of an external financial consultant. The HCPP will also prepare for the privatization of a number of state-owned enterprises, including: Middle East Airlines; the Beirut Stock Exchange; Sodetel; Intra; the ports; Casino due Lebanon; and the Lebanese Tobacco and Cigarettes Company.

Seeking to reduce poverty, the government will fund the expansion of the National Poverty Targeting Program (NPTP) beneficiary base with an additional budget of 20 billion L.B.P which will be partly covered by a $100 million loan from the World Bank at 1% over 30 years. The NPTP was designed by the World Bank and has been in implementation since 2013 and is overseen by the Ministry of Social Affairs. It offers food aid, free access to health care and education, and vocational training for the poorest households in the country.

Saad Hariri also announced the release of new funds for the financing of subsidized housing loans granted by the Public Housing Agency. The Arab Development Fund will provide a $165 million loan to finance these subsidized real estate loans, as well as some CDR projects.

For years, the real estate market has been supported by housing loan subsidies from the Central Bank. Among other things, these loans have made it possible to finance loans granted via the Public Housing Agency by adjusting the cost of the credit negotiated with the banks. However, their suspension between October 2017 and March 2018 caused a crisis in the real estate sector, which added a social dimension to the crisis.

The fight against corruption

The government will also install scanners at official border crossing points to combat smuggling and customs evasion. In parallel, the 2020 budget will provide support for Lebanese industry, which is particularly affected by unfair competition. This assistance consists of contributing aid to Lebanese factories to the value of 5% of their exports.

The unification of governmental and institutional orders for purchases of medicines (for the army, security forces, CNSS, Ministry of Health) was also approved, priority will be given to local products and off-label products when they are available.

The cabinet has also committed to vote on a number of existing law enforcement decrees, such as the Right to Access Information Act, electronic transactions and transparency in the offshore hydrocarbon sector. 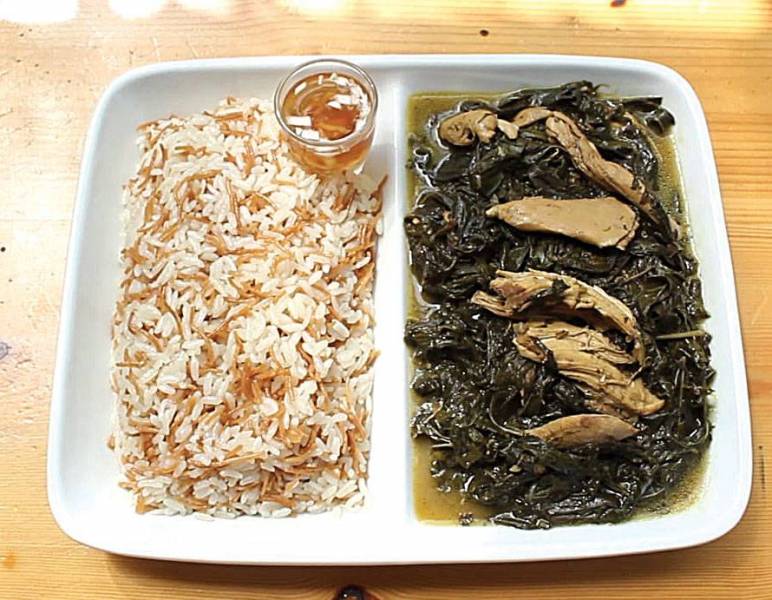