In the refugee camp of Shatila, cricket is performing miracles

The Basmeh & Zeitooneh association organizes sports events and training for young Lebanese, Syrians and Palestinians, both boys and girls, from the Shatila refugee camp; the events have two objectives: personal development and bringing people together.

Lisa SALESSES and Anna JAUJARD | OLJ
In a stadium surrounded by buildings, under the gaze of men smoking their hookah, three times a week, young Lebanese, Syrians and Palestinians from Shatila compete in the game of cricket. If the choice of game may seem surprising, it seems to have emerged as an obvious one. Strategic and non-contact, cricket allows girls and boys from the Palestinian camp to play together. The initiative is the result of a cooperation between Basmeh & Zeitooneh, an educational association for young refugees, and the International Cricket League.

"Coach! Coach!”. The shouting filters out from the dressing room of Shatila stadium. Inside, bags loaded with balls, sticks and bats move from hand to hand. Girls and boys are getting ready to set up the field ahead of the match. The three coaches, Mohammad Kheir, Kadria Hussein and Mohammad Hariri, caps and whistles in hand, oversee the setup.

The clear enthusiasm of the young players throughout the preparations for the match is a bit overwhelming. The coaches firmly remind the young people to calm down. "We have set up rules in order to handle this. We want young people to also learn the meaning of respect through this sport," said Mohammad Hariri, after apologizing for having had to raise his voice. "Cricket forges their character and makes them evolve and change,” he adds. “One of the objectives is for them to learn to play as a team, develop strategies and think quickly”. Most of the children are shy at first. By training, they gain confidence, begin to assert themselves in the field and make better decisions. These qualities will also be be helpful if/when they are being used at home,” says Mohammad Hariri. “In cricket everything is a matter of choice. One has to make the right choice at the right time in order to be successful. That's what we are teaching them.” Everyone is in place. The whistle sounds in a thick summer breeze, and the game begins. "Yalla, yalla, come on!” the players sitting on the bench shout feverishly to their teammates on the field. They talk with their coaches about the course of the game. The gleam in their eyes demonstrates the connection they have made with their coaches.

Highly sought after, coaches also get involved with the player’s lives off the field. "When we see that a girl has skipped several sessions in a row, we send our colleague Kadria to talk to the parents. In fact, we take care of all our children”. Without any hesitation, Mohammad adds: "I hope to carry on as much as I can, and to spread this sport throughout Lebanon."

Joy erupts among the young players of the orange team at the announcement of their victory.

These coaches play a crucial role in the education of the young people they work with, and often encourage them to attend school. While the latter is mandatory for young people between the ages of 6 and 15, it is optional for Syrian refugees. Most of the players attend classes at Basmeh and Zeitooneh. "They were 700 last year studying five subjects: Arabic, English, French, math and science" says Mohammad Kheir. He adds: "At the end of each year, they are given a diploma, and if their parents want to enroll them later on in a Lebanese public school, they can do so”. Unfortunately, for young Syrians the options are limited. Public schools cannot accommodate them all.

On the field, girls and boys sweat together. Equality is mandatory: roughly half of the twenty-two players are girls. Cricket was ideal, a sport that would allow girls and boys to play together, said Mohammad Hariri, "It's a peaceful game. There is no contact between players so no risk of incidents, which is encouraging for some of the parents who worry about having their daughter be in the company of boys”. Contact sports can spark the fears of some conservative parents, causing them to ban their daughters from playing.

"Most people think that it's more acceptable for a girl to play sports starting [from] the age of 20. Boys do not have an imposed minimum age. Our trainings have the advantage of breaking [people] away from these clichés as well as raising awareness about the misconception that girls and boys can[not] play together,” said Hariri. Outside of the stadium, a mother waiting for her daughter says more of the same, "Usually the little girls stay at home. The cricket field is the only place where my daughter is allowed to play. She will not be allowed to play football," she says. In order to encourage more parents to allow their daughters to participate, coaches routinely set up games for mothers and daughters. United around a common passion, young people have put aside their differences in favor of teamwork. "They come from different communities and families, but as they begin to train, they get to know and accept each other," says Kheir. "A true team spirit settles between them," adds Mohammad Hariri. One of the mothers on site believes that this idea is a "real opportunity for children to be able, through sports, to think of something other than their everyday life in the camp".

A player finishing his toss, during a cricket match, at the Shatila camp stadium.

Sami, a talented 15-year-old player, thinks of his teammates ‘as sisters’, “They are good opponents, sometimes even better than me!” he says. Cricket has become a craze that seems to have attracted many girls from the camp, "who come to asking to participate in the training," said Mohammad Hariri.

The last ball has just been played. The teams are waiting for the points to be counted. Kadria announces the score. And this is when the entire orange team -in a state of total euphoria- jumps with joy, hands in the air. All of them are good sports. With a handshake, the orange and yellow teams congratulate each other. The match is over. The children join their parents, but not before having promised to meet up in the stadium the following week for a re-match. 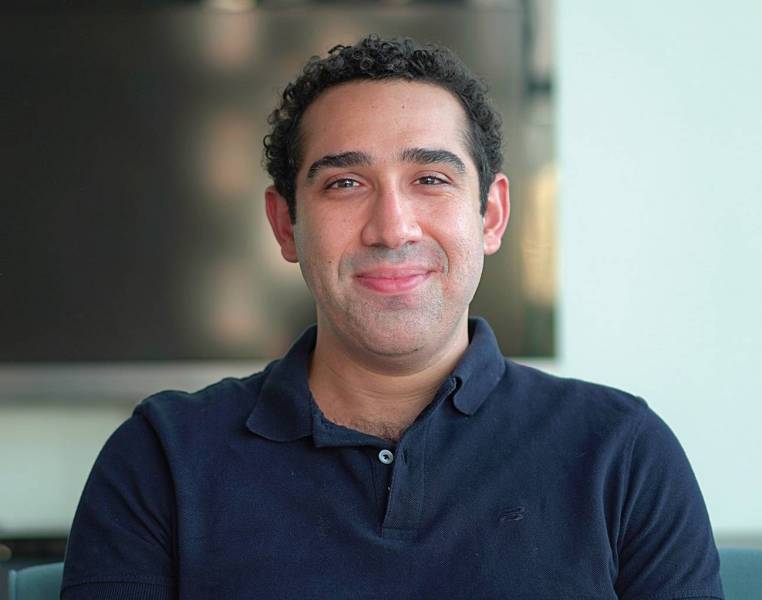