The famous Lebanese designer was asked by the renowned Swedish furniture giant to design a collection of objects and furniture accessories.

Zéna ZALZAL | OLJ
In early February, Nada Debs will make her debut in IKEA’s Middle East stores with a special collection of tableware and small sized furniture under the label LJUV, meaning ‘delicious’ in Swedish. The talented designer, whose trademark is the perfect fusion of Levantine marquetry and Japanese refinement, has become a well-recognized name in the design world, sought after for ad-hoc and special international collaborations.

After (literally) setting foot in a well-known Italian leather goods brand, by revamping the heels of their famous sandals, Debs is now on her way to conquering Scandinavian design using a democratic approach and her oriental inspiration.

IKEA approached Debs to design a special Ramadan collection. “The branches of IKEA in the Middle East requested a range of decorative and functional objects which, just like the special Christmas and New Year series, echo this period of the year, which is centered around traditional family reunions as well as concepts of conviviality and generosity,” Debs explained. “They believed that due to my experience in Oriental-Japanese fusion design, I would easily be able to combine the minimalist and contemporary spirit of their label with graphic elements that are specific to the culture of this region of the world.”

From dusk till dawn

For this special, 45 piece collection, including trays, plates, glasses, bowls, vases, carpets, curtains, mirrors, floor cushions and coffee tables, Debs has tapped into her own repertoire of colors, shapes, materials and techniques that she has perfectly mastered. The collection includes variations of the celebrated hexagon, a popular geometrical shape widely used in architecture throughout the region, as well as combinations of wood and metal or ceramic and brass that are a mainstay of Debs’ design. The pieces are highlighted by a perfect calibration of soft and bright colors, especially the fabrics which are supposed to reflect dusk and dawn, the two key times of day during Ramadan.

The challenge in this collection for Debs, who is accustomed to producing in limited editions, came in translating her designs into more ‘democratically designed’ products. This was an important requirement for IKEA, which produces good quality, beautifully designed, functional and durable products in large volumes at prices that are within everyone's reach.

Working with a team well-versed in mass production and adapting her artisanal and meticulous work process to the speed of industrial manufacturing was a new experience for Debs. The designer approached the challenge with an “extremely collaborative attitude,” according to Karin Gustavsson, an IKEA creator who worked with Debs throughout the project. The two travelled to India to monitor the manufacturing process. The majority of pieces in the LJUV collection, especially textiles, are being produced in the South Asian country to combine cost reduction and social impact.

A trip to Afghanistan

Enthusiasm for social impact forms the background of Debs’ collaboration with IKEA. The story began during a trip Debs took to Afghanistan to track the production of a series of rugs she had designed. While there, she met Roula Saade Ghani, the wife of Afghanistan’s president. Ghani, who is of Lebanese descent, mentioned to debs that 60 percent of young Afghans are unemployed. Debs was deeply moved by the difficulty of their situation and impressed with their skills. She began thinking of a project that could bring them work and sustainable resources.

Debs recalled that IKEA had created an Indian artisanal collection in the past and reached out to the Swedish company by email. IKEA regularly develops partnerships with designers from different regions of the world in the spirit of social entrepreneurship. Debs hopes that reaching out would lead to the development of an Afghan collection. "At the beginning, it felt like throwing a bottle into the sea with no real expectations of any quick or positive return,” she said.

To her surprise, the managers of IKEA’s social impact section quickly responded and expressed enthusiasm about the idea of collaborating with Debs. "Except, instead of Afghanistan, they chose India for security reasons," the designer explained. This is how Debs came to have a special Ramadan collection with the most famous furniture brand in the world.

"Even if the project is different from the one I had designed for Afghanistan, we were still in the same niche, and it was all the more attractive due to the fact that this project is aimed at reflecting a period of the year in the Middle East during which the values of compassion, empathy and generosity are celebrated,” she said. The work stems from “an emotional design that reflects the emotional nature of the people of the Middle-East,” she added.

By adapting her ideas, skills and techniques to the five dimensions of IKEA’s democratic design, Debs is also bringing international visibility––needed now more than ever––to the design world in her own country. Unfortunately, consumers in Lebanon will not be able to purchase pieces from her collection because the Swedish giant does not have a branch in the country. 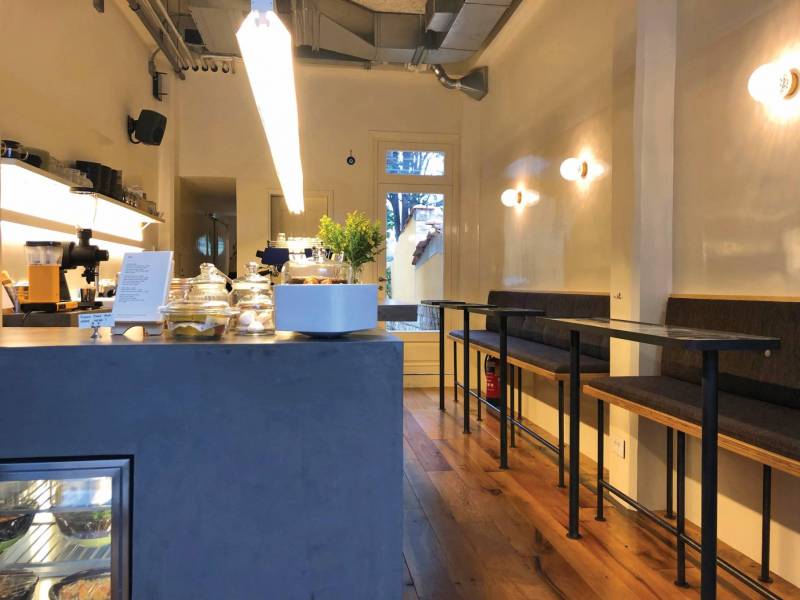