“La Gondole”: the ship has sailed…

La Gondole was more than a pastry shop, more than a restaurant and more than a kitchen. It was a delightful ritual synonymous with Lebanon’s golden years. But from now on it will be a memory. Nabih Maroun, its founder, has decided to shutter the business and end the adventure of a lifetime.

Carla Henoud | OLJ
A chapter of Beirut’s history is coming to an end, leaving behind some bitterness and a feeling of loss and resistance. It’s an emotion usually associated with the destruction of a beautiful old building or the loss of a historic landmark.

La Gondole, the famous Beirut restaurant, is closing its doors after more than 60 years of service, leaving behind good memories and stories of the people who dined at its tables that lived on in the recollection of its owner, Nabih Maroun. "On each of these chairs, I can put the name of the personality who has occupied it, whether politician, journalist, businessman, doctor or artist," Maroun says.

Still elegant at 92 years old, Maroun hasn’t forgotten the restaurant’s early days or the grandeur of Beirut’s golden age. He also remembers the heaviness of the war years and the decades that have followed. Despite everything, he is still in love with Lebanon. Hoda, his wife, has been an inseparable companion in life and business. Together, they built a close family: one son, Nabih, works in Finance; two others, Samer and Mazen, are in the restaurant business; and their daughter, Milia, is a fashion designer.

Maroun decided to close the restaurant two years ago. "Before then, I still had hope in this country. The world of catering is no longer the same. Neither is the political and economic class; Beirut and Corniche Mazraa too. Money has changed hands,” he says. "We are closing the establishment, but not our kitchens. We will continue to provide catering services.”

A self made man

Maroun continued working at La Gondole until the end of August, welcoming his friends for lunch with the same enthusiasm as years past, serving them the dishes and desserts that made the restaurant’s reputation: succes, foret-noire, sayadieh, moghrabieh and especially kharouf w rez. The establishment will close its doors for good in September.

Friends and regulars, including former Prime Minister Tamam Salam and former minister Bahige Tabbara, reacted quickly to the rumors that the restaurant was closing. "With your departure, the street is going to die out,” Tabbara reportedly told Maroun.

Sad but proud, Maroun’s story could be the subject of a novel or film. Lebanon would be the backdrop, and the plot would follow him from Sahel Alma, the village where he was born and raised to the sound of church bells, to Jounieh, where he went to boarding school, and finally to Beirut, where he quickly became successful.

Maroun recounts this story with a touch of melancholy. It’s the story of a very ambitious man who was eager to be independent and abandoned school after obtaining his brevet diploma. "I left school the way you would leave prison," he says.

He worked as a sweeper and handyman in a greenhouse owned by his cousins before becoming the head of accounting at the Ministry of PTT for seven year. In 1956, he was wandering the streets of Beirut when he saw a sign across from the Helou military barracks in Mar Elias that appealed to him. “La Gondole Pastryshop,” it read. The store belonged to three partners: Georges Medlej, Fouad Risk, who specialized in making European ice cream, and Yaacoub Salloum, who specialized in making breads and croissants.

The following year, Maroun quit his job and joined the trio, later buying out Rizk and Salloum. The pastry shop gained a reputation for its stuffed chocolates, ice cream, cakes and milk bread. Maroun was always on the lookout for new customers and would walk around carrying samples that he used to persuade many establishments and pastry shops to start stocking his treats, including Najjar’s in Martyr’s Square, Delices on Rue du Liban, the Excelsior Hotel and its Caves Du Roy and the Palm Beach.

When the Americans landed in Beirut in 1958 and discovered the pastry shop, they became the main daily customers. During the next two years, La Gondole became the go to address for foodies. Maroun opened a branch at the Printania Hotel in Broumana and started catering for weddings, official events and large banquets. "We went up from 10 to 150 employees within the span of a few months and started producing more than a ton of sugar-coated almond candies (dragees), 1,000 Christmas logs and two tons of chocolates during the Christmas holidays; more than 60,000 maamouls and 7,000 chocolate eggs on Easter weekend; and more than 900 black forests cakes and other cakes on the weekend of the celebration of the Virgin,” Maroun says.

A perfectionist, he sent his pastry chef to Egypt to learn the secrets of the “Aish el-Saraya” and to Vienna to uncover the mysteries of the black forest cake.

In 1965, La Gondole relocated to a little known but promising street: Corniche Mazraa. The shop there had larger kitchens and was able to cover bigger orders. Over the years, it turned into a coffee shop that took the same name. Adversity, street and neighborhood wars and serious economic crisis followed, but the shop survived, but the branch in Broumana closed.

In the 1990s, the shop in Mar Elias was remodeled and its menu was updated. Mussels and fries were added, but younger clientele gravitated towards Gemmayze and Mar Mikhael. Only regulars and aficionados continued to frequent La Gondole. Nabih and Hoda Maroun resisted the tough competition from new locations to keep the memories and flair of an older Lebanon alive.

"I do not regret a thing that I have done. I am disappointed by this terrible situation that we are in and that is forcing us to take this kind of decision. I was often told the following: Do not think of the past; it is painful. Do not think of the future; it's scary. Personally, I know I will pass away with peace of mind,” Maroun says. "Of course I am very sorry."

"We are closing the restaurant, but our kitchens will keep on catering,” Hoda Maroun says with infection energy. 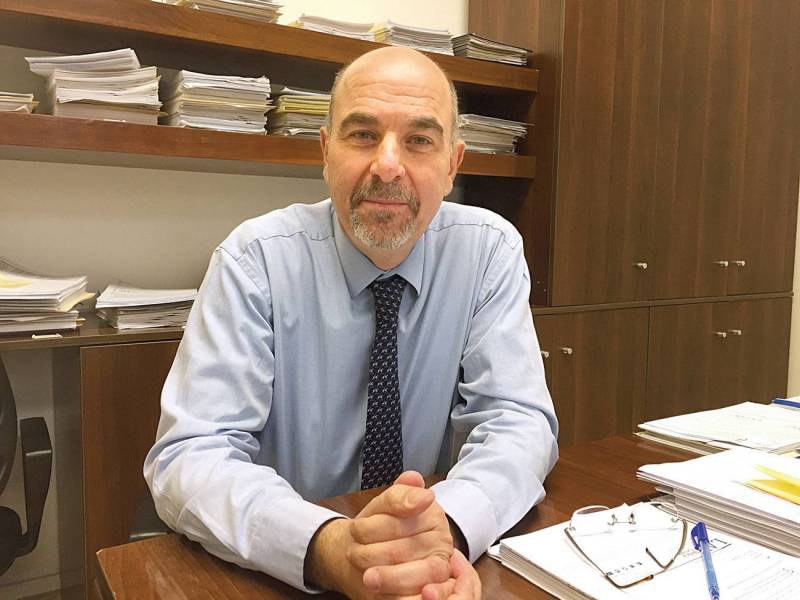