“My father died in Israel. I would have liked to hold him in my arms”

Youssef el-Akh is one of many residents of south Lebanon whose relatives fled across the border in 2000 after having collaborated with Israel. Now, some are demanding the right to return.

Patricia KHODER | OLJ
Youssef el-Akh is originally from the Christian village of Ain Ebel, located close to Lebanon’s southern border. Next September, he is scheduled to appear before a military court on charges of having “contact with the enemy”. His case started last December when el-Akh got in touch with family members, who have been living in Nahariya (in northern Israel) for 19 years, in order to coordinate the repatriation of his father’s remains after he died in a car accident in the Galilee.

El-Akh, who is 36, doesn’t understand why an arrest warrant was issued against him, why he was questioned by the military or why he now needs to defend himself in front of a military court. “As required, I had informed the authorities of my father’s repatriation to Lebanon. I performed all the legal procedures and formalities necessary so I could respect my father’s last wish: to be buried in his country,” el-Akh said.

In May 2000, el-Akh was 17 years old. Like nearly 15,000 other Lebanese from the south who were accused of collaborating with the Israelis during the occupation, his family and the family of his paternal uncle left for Israel when Israeli troops withdrew from Lebanon. El-Akh’s father was 48 at the time and a member of the South Lebanon Army (SLA), a militia that served as Israel’s proxy force in the region.

“I have two sisters and a brother, all younger than me. They were immediately put in school in Israel while I was finishing my education in Lebanon. I was supposed to sit for my baccalaureate. I missed the first session, but I came back in July 2000 and I passed the exam in the second session in September. I lived with my paternal grandparents in Ain Ebel. In 2006, they both died within a week. My sisters got married in Israel to men who, like us, came from Lebanese families exiled to the Holy Land. One is from Kleya and the other from Rmeich (two Maronite villages along the border). My brother studied medicine and is currently practicing in a hospital in Tel-Aviv,” el-Akh said.

El-Akh is speaking openly now because Lebanese authorities are already aware of his situation and he is frustrated that his father died without being able to see him one last time.

“My father was a victim of a car accident last November and was in a coma for one month. After he died, we respected his last wish to have his body repatriated to Lebanon, and we completed all the necessary paperwork with both the Lebanese authorities and the International Red Cross. While waiting for the ambulance that carried his body, I saw my mother across the border (in Ras Naqoura). She was standing about 400 meters away from me. I could neither talk to her nor hold her hand for comfort. Once my father’s body reached the Lebanese border, the casket was opened for one last identity check. I saw my father. I held his hand and wanted to hold him in my arms, but his body was cold as ice. He was just a dead body in a coffin. He was 67 years old. When he left Lebanon he was a healthy and vigorous 48-year-old man.”

“It is Their Right to Return”

Two years ago, young people from the border villages of Ain Ebel and Rmeich started an initiative called It is Their Right to Return. Last Saturday, on the 19th anniversary of the Israeli withdrawal from south Lebanon, the group held a conference at the Press Club in Beirut to explore “the possibility of return of our loved ones exiled in the Holy Land”.

The conference included discussions on the situation of separated families, people who have been charged with crimes for staying in touch with family members on the other side through social media and the possibility of an amnesty law. There were around 60 participants in attendance, mostly people from south Lebanon who have family in Israel, as well as representatives from the Lebanese Forces, Kataeb and the Free Patriotic Movement. Several people called for the return of the Lebanese exiled in Israel for the past 19 years.

When Israeli soldiers withdrew from south Lebanon in May 2000, around 15,000 Lebanese who were members of the SLA or day laborers in factories in the northern Galilee fled to Israel. They feared retaliation from Hezbollah after the party’s general secretary, Hassan Nasrallah, promised to deal swiftly with any collaborators. The Lebanese who fled to Israel have become naturalized Israeli citizens, while Lebanon and Israel are still technically in a state of war.

Today, around 3,500 Christians from south Lebanon continue to live in Israel. There are no figures available for Shiites or Druze. People who returned to Lebanon were thrown in prison and deprived for their civil rights for a period of 10 years. Others chose to emigrate from Israel to Europe or Australia.

“From the beginning of the year, arrest warrants against the residents of south Lebanon have multiplied,” Christelle Hanna, the coordinator of It is There Right to Return said during the conference last Saturday. “They are targeting those who are getting in contact with their family through social media, especially Facebook. We do not know why these measures were taken recently. The situation is as tough as it was nineteen years ago.”

Antoine Saad, an expert in international law, has called for the immediate adoption of an amnesty law. 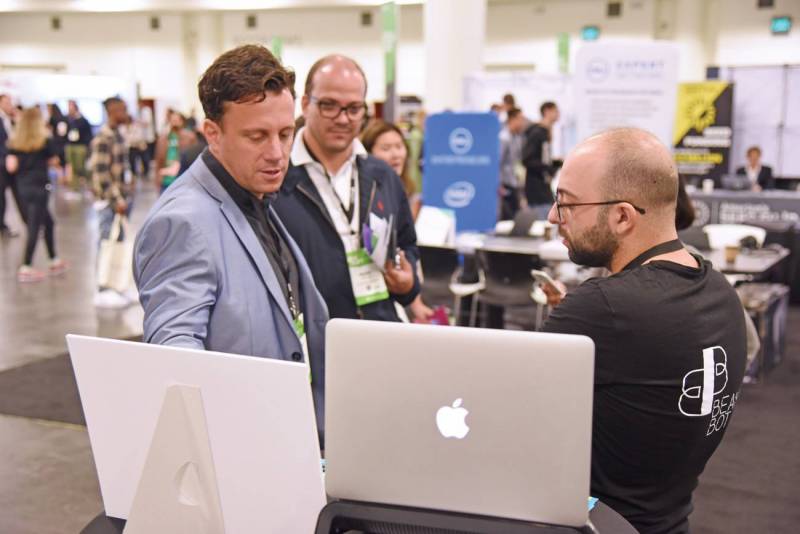