The Lebanese did not inherit their blue eyes from the Crusaders!

Contrary to popular belief, the genes of blue-eyed, blonde Lebanese were not passed down by the Crusaders. In fact, according to a British study by the Wellcome Sanger Institute, the Crusaders’ genetic in the region was short lived.

The genetic legacy of the Crusaders did not last for long in Lebanon, a study published on Thursday in the American Journal of Human Genetics revealed. The study is based on the DNA extracted from nine skeletons dating back to the 13th century, which were discovered in a burial pit in Sidon, in the south of Lebanon, and analyzed at the Cambridge-based Wellcome Sanger Institute, a British scientific institute specialized in genomics and genetics.

This genetic study of these ancient human remains, which are believed to be the bodies of Crusaders, confirms that the warriors travelled from western Europe to the near East, where they mixed and had families with the local population. However, their genetic presence in the region was short-lived, which undermines the myth that descendants of crusaders are alive and well in Lebanon.

In 2015, archaeologists from the British Museum had discovered 25 skeletons dating back to the 13th century within a burial pit at the site of the former American College in Sidon. All of the remains found at the site were male and had been violently killed in battle, as evidenced by the blunt force injuries to their skulls and other bones. Their bodies had been placed in the pit and burned.

Nearby, an isolated skull was found. The head may have been used as a projectile that was catapulted in to the opposition’s camp to spread disease and damage morale, illustrating the brutality of the battles.

Other items found in the pit, such as a silver coin, European-style belt buckles, and the results of carbon-14 dating analysis, led the archaeologists to believe that the human remains indeed belonged to Crusaders.

In a new study, researchers at the Wellcome Sanger Institute, including Lebanese researcher Marc Haver, were able to produced whole-genome sequences of the ancient skeletons’ DNA and confirm they in fact belonged to Crusaders. Europeans had led several military campaigns to the region between 1095 and 1291.

The team was also able to identify the origins of the skeletons: three were Europeans of Spanish and Sardinian origin; four were from the Near East, probably recruited for the battle; and two others had varied genetic origins, suggesting that they were the descendants of mixed marriages between the Crusaders and the peoples of the Near East.

‘Genomics gives an unprecedented view of the past and shows the Crusaders originated from Western Europe and recruited local people of the near East to join them in battle. The Crusaders and near Easterners lived, fought and died side by side,” Dr. Chris Tyler-Smith from the Wellcome Sanger Institute said.

However, the researchers believe that the Crusaders’ influence in the region was short-lived as European genetic traces are insignificant in people living in Lebanon today.

When the researchers sequenced the DNA of people living in Lebanon 2,000 years ago during the Roman period, long before the Crusades, using samples from the Qornet ed Deir site in Jabal Moussa (in the biosphere reserve), they found that today’s Lebanese population is genetically similar to the Roman era Lebanese, suggesting that the Crusades had no lasting impact on Lebanese genetics.

For his part, Dr Marc Haber from the Wellcome Sanger Institute explained that the mixed generation that descended from the Crusaders married into the local population and the genetic traces of the Crusaders were quickly lost.

The bones of the nine skeletons were transferred to Britain-based laboratory of the Wellcome Sanger Institute with the permission of the Lebanese Directorate General of Antiquities in collaboration with the Archaeological Mission of the British Museum, which has been conducting excavations on the Sidon site for 20 years. Small portions of 800 year-old DNA were extracted from the temporal bones in the skulls by DNA extraction experts. The samples of ancient DNA were particularly difficult to extract and sequence as the bodies had been burned and buried in a warm and humid climate, where DNA degrades quickly. Recent advances in DNA extraction and sequencing technology made studying the ancient, damaged DNA possible.

Commenting on the discovery, Dr Claude Doumet-Serhal, Director of the Sidon excavation site in Lebanon, said: “The uniting of archaeologists and geneticists creates an incredible opportunity to interpret significant events throughout history.” 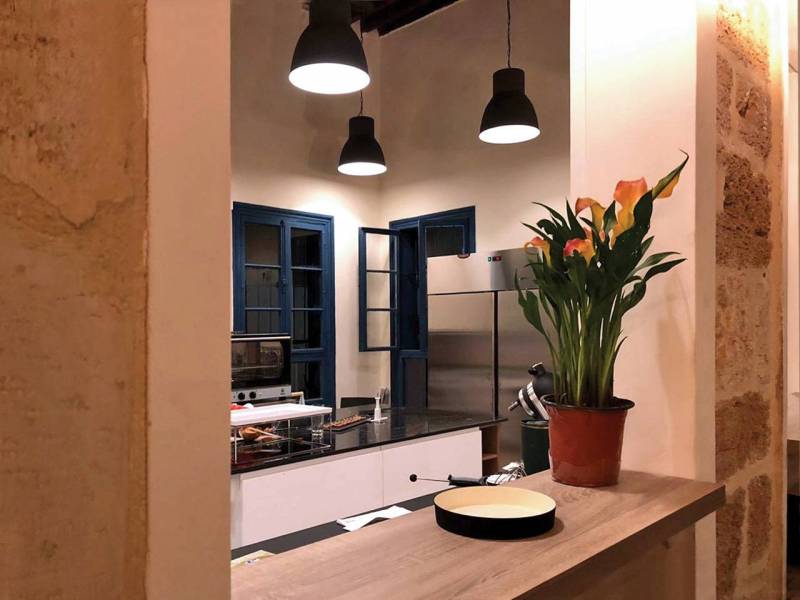