Hezbollah’s origins: In the shadow of the Iranian Revolution

The 40th anniversary of the Iranian revolution
Michel Touma and Michel Hajji Georgiou | OLJ
On Aug. 31, 1978, Imam Moussa Sadr went to visit Libya as chairman of the Supreme Islamic Shia Council (SISC) at the invitation of Muammar Gaddafi. He was accompanied by sheikh Muhammad Yaacoub and Abbas Badreddine. All three men disappeared and haven’t been seen since. No conclusive evidence has ever been produced to support the official Libyan narrative that Sadr left Tripoli for Rome.

The disappearance of Sadr was a major loss for Shiites in Lebanon and across the Middle East. He was a charismatic leader and had worked his way into his position at the head of the Shiite community in Lebanon through tireless years of organizing and awareness raising after his return from studying in the 1960s at a prestigious religious school in Qom, Iran. He was a contemporary of Mohammad Mehdi Shamseddine and Mohammad Hussein Fadlallah, two other prominent Shiite clerics who would have a significant influence in Lebanon.

The course the Shiite community has taken over the past four decades would likely have looked different had Sadr not disappeared. He took sharp and critical positions on important issues facing the Shiites in Lebanon and the Middle East during the mid-1970s. In the face of political marginalization and socio-economic discrimination of the Shia community, an Islamic school of thought emerged under the impetus of religious dignitaries and cadres trained in the hawza of Qom and Najaf (Iraq).

In the early 1970s, Sadr formed the “Movement of the Deprived”, which would later become the Amal Movement. Other Shiite political groups were also forming around the same time including the Lebanese branch of the al-Dawa party, first established in Iraq, the Islamic Committees and the Union of the Bekaa Ulema. The student branch of the al-Dawa Party, known as the Islamic Student Union, was led by Mohammad Hussein Fadlallah and included figures who would go on to play important roles in Hezbollah, including sheikh Naim Qassem, currently the party’s secretary general, Mohammad Raad, current leader of Hezbollah’s parliamentary bloc, and Mahmoud Qamati, a minister in Lebanon’s newly formed cabinet.

(Also in our series : Women: the first victims of the ayatollahs)

In 1975, the al-Dawa Party issued a fatwa that called on its members to infiltrate the Amal Movement. In his book on Hezbollah, sheikh Naim Qassem describes the process: "The Islamists were divided between the Amal Movement, the Islamic Committees, al-Dawa Party and the independents... As political activity was limited to the Amal Movement, some Islamists chose to join it, either out of total belief in this movement or because they felt that it was only a transitional step on the way to another phase.”

In the late 1970s, Saddam Hussein began repressing the al-Dawa Party in Iraq. Lebanese Shiite who were part of the party returned to Beirut, including figures who would become leaders in Hezbollah such as sheikh Subhi al-Tufayli, Sayyed Ali el-Amine, Abbas al-Musawi and sheikh Ali Kourani, according to Saoud el-Maoula, a university professor and specialist in Shiite affairs who, at the time, was close to the clerics who would eventually become founding members of Hezbollah, before adhering to a more “Lebanese” shiism under the auspices of Mohammad Mehdi Shamseddin.

The Shiite political organizations that formed in Lebanon in the 1970s were closely interwoven with regional Shiite movements and had connection to hawzas in Qom and Najaf. This was the backdrop that would give rise to Hezbollah in the 1980s. However, the party’s foundations were already being set in 1978 at the same time the Islamic Revolution was starting in Iran, according to el-Maoula.

(Also in our special series : Khomeini: the opponent, the guide and the despot)

The success of the Islamic Revolution in Iran in February 1979 was an important turning point for the Shiite Islamist movement in Lebanon. The Islamic Republic became the central reference point for Shiite movements in Lebanon and across the Middle East.

The real catalyst for the emergence of Hezbollah, however, was Israel’s 1982 invasion of Lebanon. The Iranian Islamic Revolutionary Guard Corps, or Pasdaran, arguing that they were resisting the Israeli occupation, practically took control of the Bekaa in June 1982. They occupied barracks belonging to the Lebanese Army, set up training camps for Shiite fighters, opened hawzas, created a radio station, published a newspaper and organized centers for activists, among other things.

(Also in ours series : When the road to Palestine passed through Iran)

The committee of nine

At the same time, senior leaders and followers of the al-Dawa Party who had infiltrated the Amal Movement in 1975 created a splinter group following the 1982 invasion. The group that formed was based in the Bekaa and called the Islamic Amal. In response to the Israeli invasion, the various factions of the Shiite Islamist movement held a series of meetings to form a unified party structure, which would later become Hezbollah. The foundations of the new party were based on three principles:

- Islam constitute the the ideological and practical foundation of thought and faith upon which the new political formation should be built.

- Resistance against the Israeli occupation is a priority. It is therefore necessary to create an adequate structure for jihad and to mobilize all the necessary resources in this area.

- The command returns to the supreme leader (at that time Ayatollah Khomeini), as heir to the Prophet and Imams (wali al-faqih). It is his responsibility to define the broad lines of action within the Islamic nation (including the decision of war and peace), and his decisions are binding.

Having agreed on these three fundamental pillars, the leaders of the Shiite factions continued their meetings aimed at laying the foundations of the new political organization. The result was an institutional document. A committee of nine representatives – three each from the Bekaa Scholars, the Islamic Committees and the Islamic Amal Movement – presented the document to Ayatollah Khomeini, who approved of the outline. The factions involved dissolved their individual groups and formed a unified party: Hezbollah.

The unification process began in the summer of 1982, but Hezbollah wasn’t formally established until the end of 1983. The process was closely supervised by the Pasdaran, and Hezbollah announced its official doctrine and first political program in 1985.

- "Hezbollah: The doctrine, the experience and the future,” Naïm Kassem, Dar al-Hadi.

- "Hezbollah, between ambiguous allegiances and the Lebanese reality,” Works and Days of the USJ, number 77, spring 2006, Michel Touma and Michel Hajji Georgiou.

This month marks the 40th anniversary of the Iranian Revolution. The country went from being an imperial state to a theocracy and then to an Islamic Republic. Given how transformative the revolution has been in Iran, the Middle East at large and Lebanon in particular, it is undoubtedly one of the most significant events that took place in the region during the 20th century. L’Orient Le Jour will cover this anniversary by publishing a series of stories. 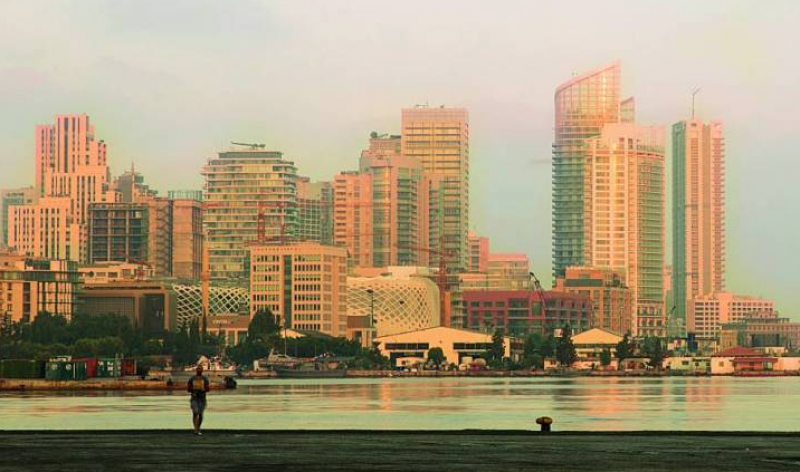